So a year has come and gone. Brian & I have been married for 3½ years now. Isn't that crazy? It is to me. I feel like we just met yesterday and have been married for 25 years all at the same time. I don't know how its possible, but it is. We met when I was 17, the summer between my Junior and Senior year in high school. Brian had just got home from serving a mission in Paraguay, literally he got home like 2 days before. We met at a mutual friends house when he was in town visiting family. The only thing I thought of him was that it would be funny to flirt with him since he was a newly returned (awkward) missionary who I would never see again as he was leaving back to Utah in a few days. To be honest, I hardly even remember the two days we hung out when he was in town other than pictures I have seen. Brian likes to describe our first encounter as me sitting alone eating a bean burrito in a corner (and I don't doubt it) but I don't remember it. Surprisingly we somehow stayed in contact here and there but hardly at all. About 7 months later, Brian was in town for a snowboard competition that I just happened to go to and it also happened to be the day before Valentines Day. When Brian and I made eye contact we both acted too cool like we didn't really know each other (although I know we both remembered the awkward Facebook small talk) After the competition we hung out the entire day and night and the whole next day and then he asked me on a real date. A Valentines date. My first REAL Valentines date. I remember Brian coming to pick me up and making small talk with my dad downstairs. That's when he caught me. In all my lies that I forgot about. When we met the summer before I thought it would be funny to make up a lot of things about me. Things like having a twin brother, where I was from, how old I was, etc. Oops, sorry Bri. In my defense, I thought I would never see the kid again and I was just annoying I guess? Anyways, after our first date and hanging out the next few days he had to go home to Utah. The next two months were filled with surprise visits to Utah and 12 hour drives through the night to Arizona until we just couldn't take it anymore. I moved to Utah at the end of April. I still remember the first time Brian said he loved me. He had never told anyone he loved them and I had never really loved anyone either. It scared me, I didn't want to be in love. When Brian told me he loved me I kind of just stared at him and smiled and said "thank you!" It was uncomfortably the worst response ever. I was scared. He was a return missionary and I was 18 years old! I couldn't love him. If I loved him then this would either lead to marriage or a really sad breakup. I knew I loved him though. I knew I couldn't imagine a second of my life without him. It took about a month and a few awkward moments later for me to finally tell him I loved him. Neither of us wanted to get married though, we just wanted to have fun. IF we were going to get married we swore it wouldn't be for a year or so. WRONG. We knew we were supposed to get married. It hit us like a bag of bricks and we were married 7 months later. 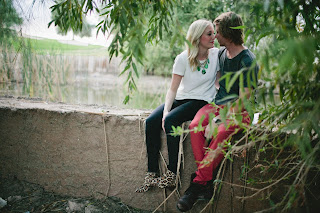 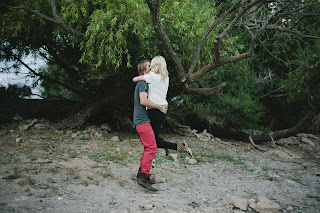 When we first got married people questioned me and my decision on getting married at such a young age. I can't even count on two hands the amount of times I heard people say "You are missing out on so many life experiences." or "You are just SO young." All I can say is that I know I was young and I am sure I missed a lot of things, but I have never in my life thought twice about it. In fact, if I could do it all over again, I would. A thousand times the exact same way. I can't imagine going through the things I have the past 3+ years without Brian by my side. I can't imagine the adventure and experiences I have had without Brian. I don't even know where I was going with this blog in the beginning but somehow it ended up with me being crazy about Brian. What else is new? Anyways, there have been a lot of fun adventures the last almost 5 years Brian has been in my life and I am so excited to see what the future has in store for us. 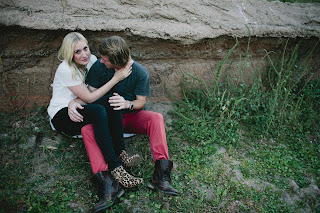 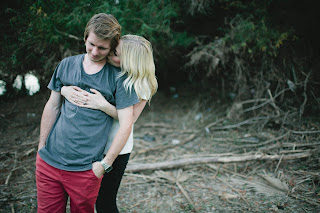 Until then, I will try my best to write my feelings on this thang I call a blog. 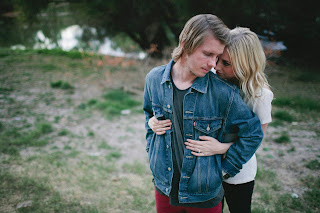 [Pictures by The Langs]